You find yourself day-dreaming during a walk around campus wondering if there is an alternative cryptography system to the very popular RSA. You want something that has improved computational and network efficiency. You want smaller keys that are harder to crack. Could such a system exist?

You share this fantasy with a friend, you share all of your crypto fantasies with this friend, and they tell you that Elliptic Curve Cryptography is promising and it perfectly fits your needs. ... but how does it work?

To create a useful crypto out of Elliptic Curves we need to implement Diffie–Hellman key exchange (DHKE). Once we have DHKE we more or less have a valid crypto system which we can build upon to encrypt and decrypt private information.

The reader (you) is assumed to be familiar with DHKE. While DHKE is fairly simple, it is not unforgettable, so here is quick reminder:

How do we use Elliptic Curves get a similar 'shared secret'?

At a (very) high level the algorithm is as follows:

It looks similar to the given DHKE algorithm, and seems promising, but... how does it work?

To answer that we are going to answer the following:

What are Elliptic Curves?

Two examples of Elliptic Curves are as follows: 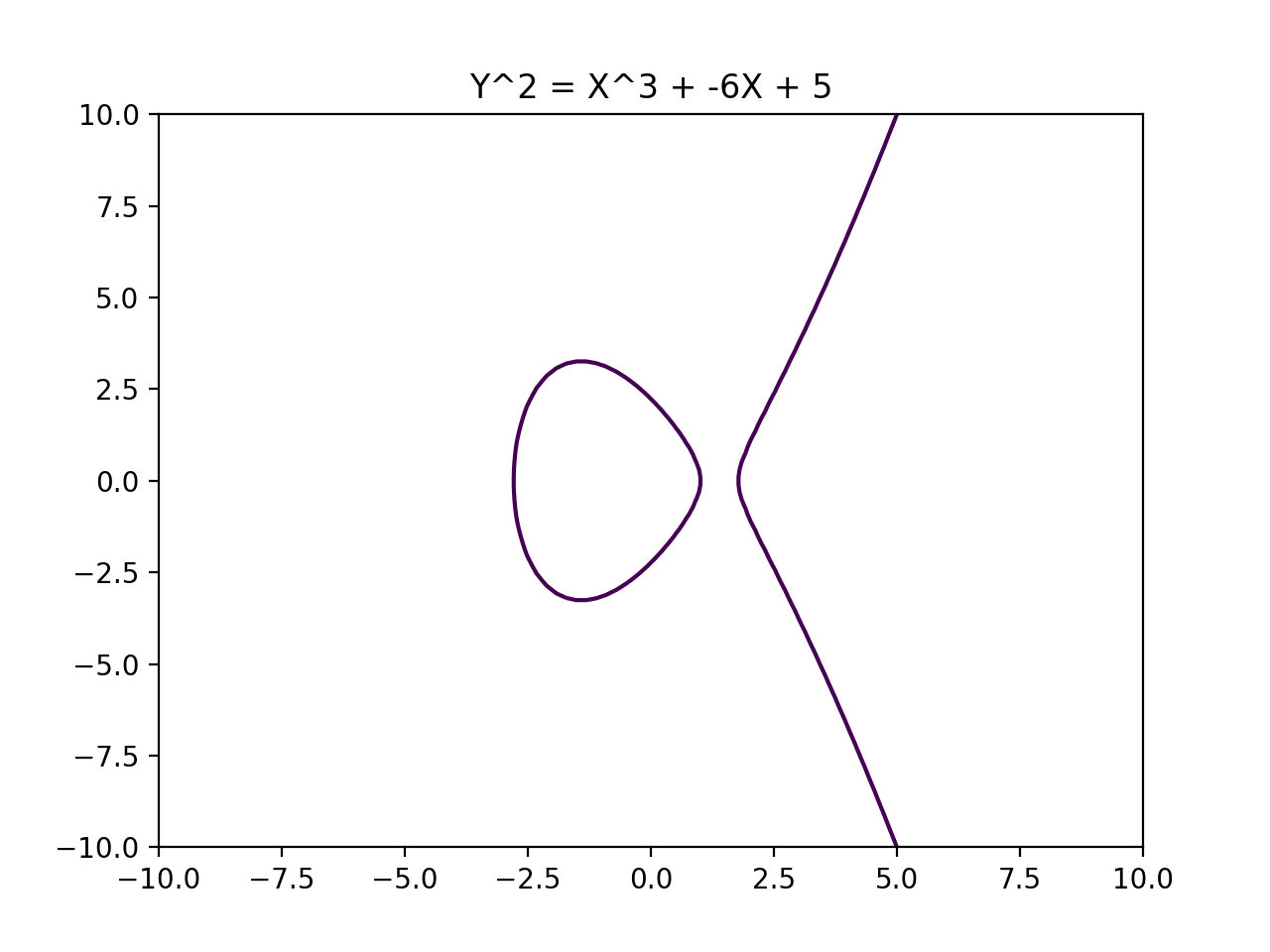 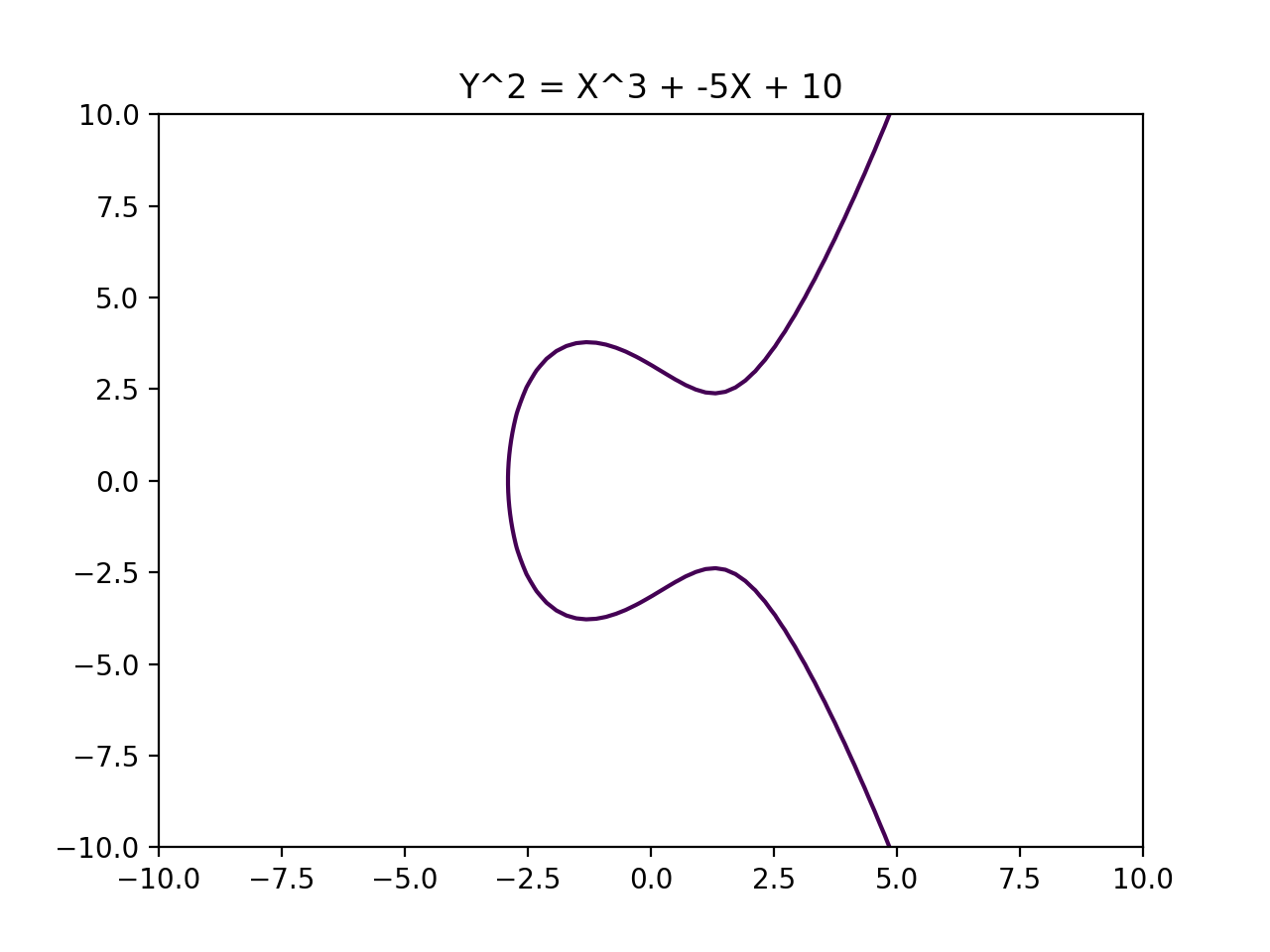 Multiplication is just repeated addition. Oh shoot we haven't said how "addition" happens on an Elliptic Curve. Let's do that.

Addition is the process of drawing a line L between P and Q. The third point that the line L intersects is point R. When R is reflected over the X axis we call this R'. The result of P ⊕ Q (read: P 'plus' Q) is R'.

We can enumerate these steps as: 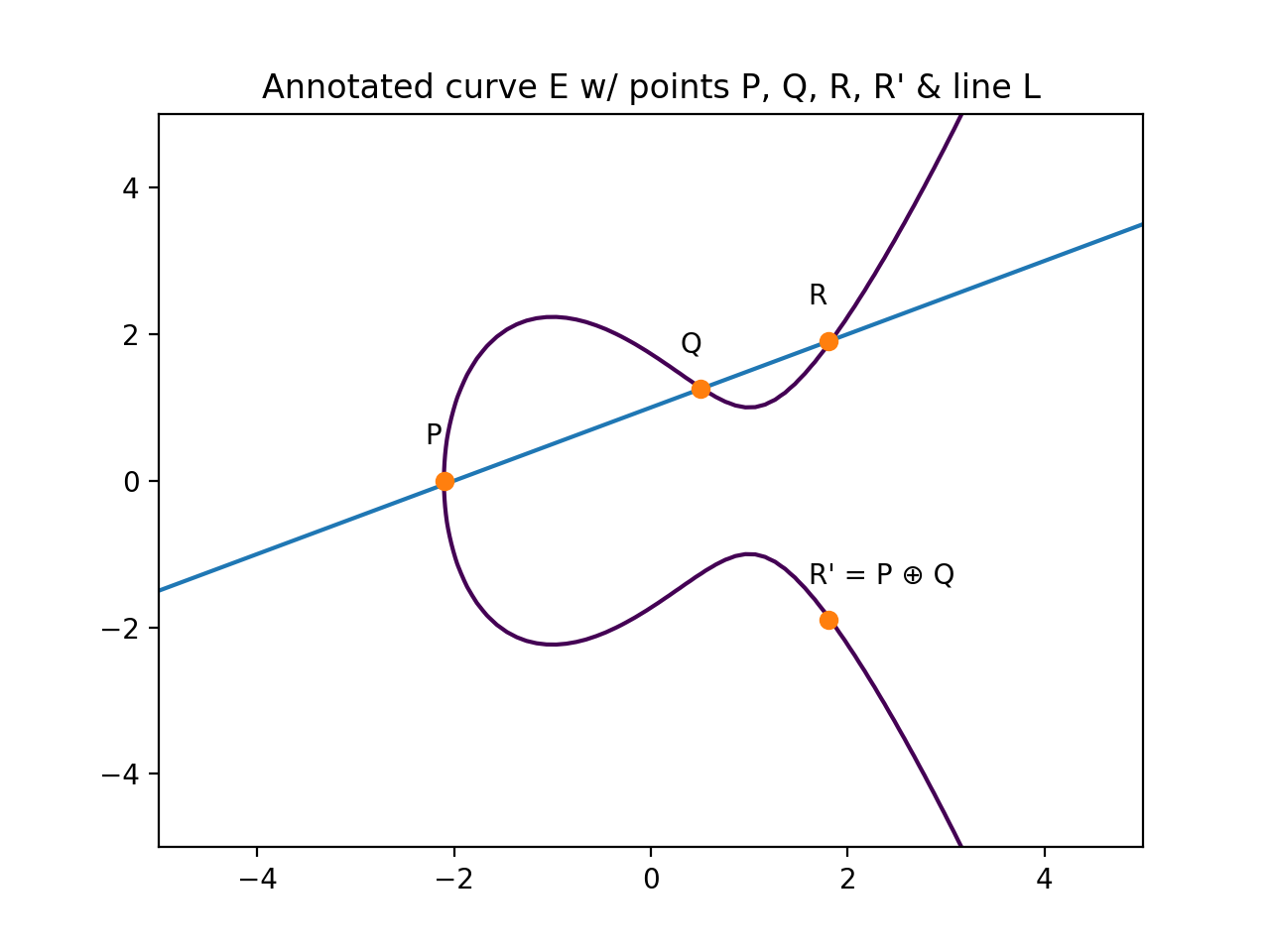 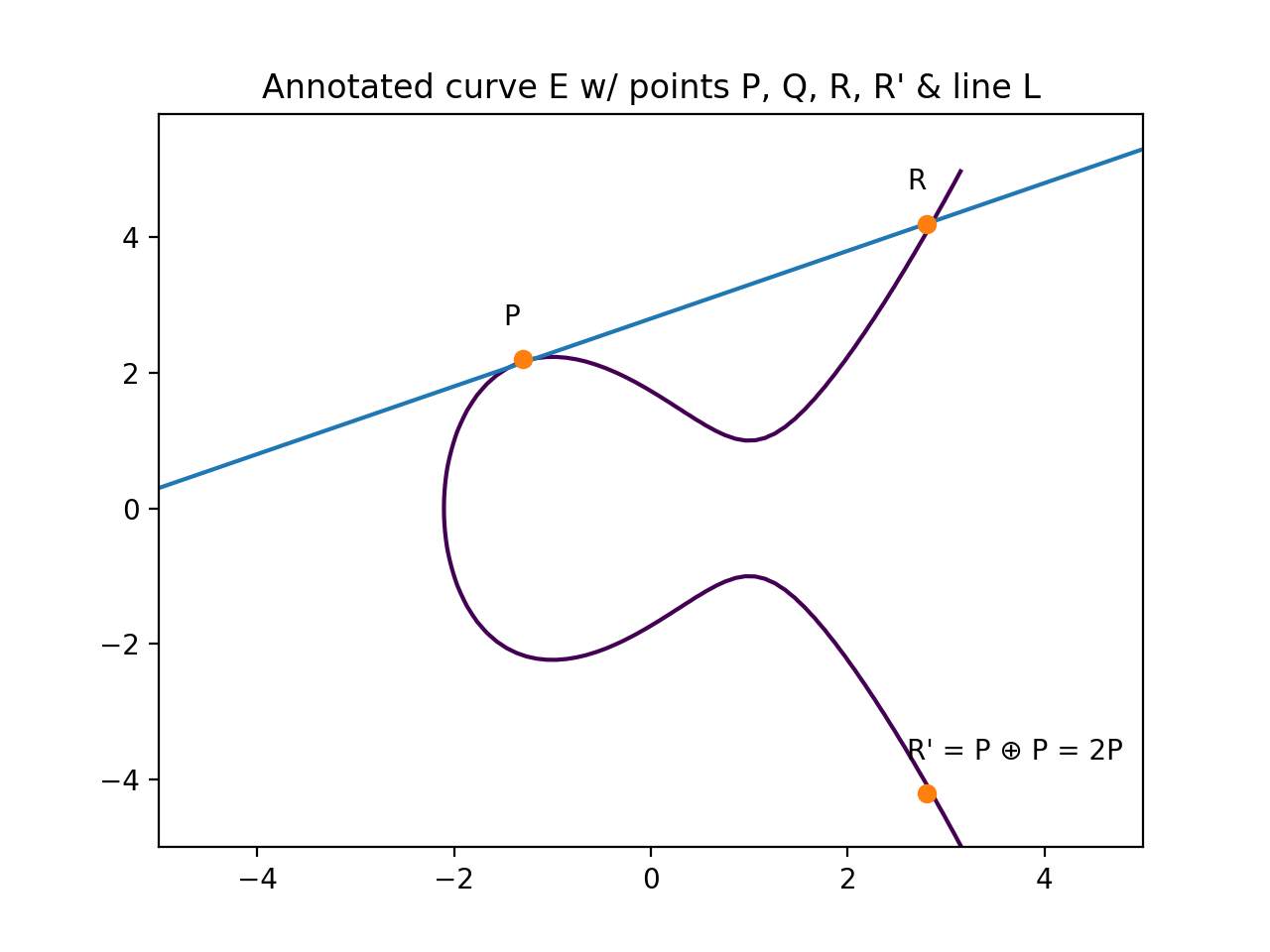 Wait a second, 2P looks like n*P which was one of the questions we had! Don't worry, we'll get there soon.

That thing about Finite Fields

Repeating this gives us the set of points in E(F13):

In practice this bounds the graph of E and forces us to draw a strange modulus graph shown below:

Multiplying P by an integer with The Double-and-Add Algorithm

To "multiply" P by n we need to use the Double-and-Add Algorithm. Here's how that looks:

What is the shared secret?

Which is a very hard problem, as mentioned in the next section.

An example of Elliptic Curve Cryptography

This sounds good in theory, but let's give it a test drive.

Alice and Bob are given the following shared information:

Alice and Bob then compute their public keys:

Remember that we use the Double-and-Add algorithm to compute QA and QB. This invloves iteratively computing the tangent line at a point, the intersection with E at that intersection, and reflecting that point over the X axis.

Why Elliptic Curve Cryptography is useful

While it is harder than simply multiplying mod p for Alice to compute her shared secret (which is the case in RSA), it is even harder for a malicious actor to figure out that same shared secret. This point is best put by the source A (relatively easy to understand) primer on elliptic curve cryptography [2]:

You can compute how much energy is needed to break a cryptographic algorithm and compare that with how much water that energy could boil. This is a kind of a cryptographic carbon footprint. By this measure, breaking a 228-bit RSA key requires less energy than it takes to boil a teaspoon of water. Comparatively, breaking a 228-bit elliptic curve key requires enough energy to boil all the water on earth. For this level of security with RSA, you'd need a key with 2,380 bits.

So an Elliptic Curve Cryptography key can be one magnitude smaller in size and offer the same level of security as RSA.

Elliptic Curve Cryptography, much like the rest of Cryptography, deals heavily with Number Theory. Despite my best efforts most of the nitty-gritty Number Theory in this topic went way over my head. As a result I didn't include much of that kind of stuff and instead focused on the things I could share and sound smart about.

Here are some other things about Elliptic Curve Cryptography I didn't cover that deserve more air time: