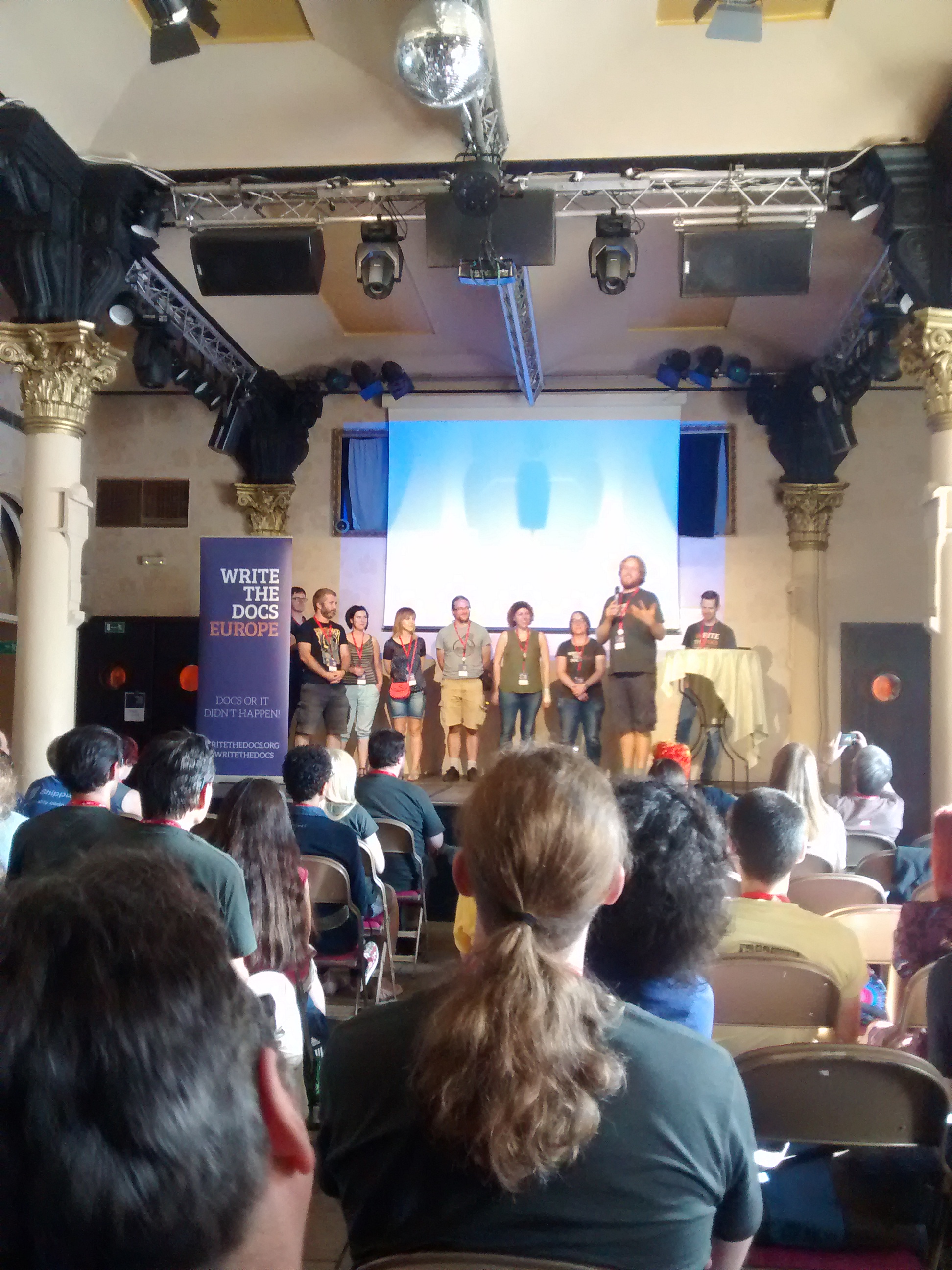 The Write the Docs Staff saying thanks.

For a full list of talks given at the conference, check out the event's schedule.

The after party ended up happening at two venues since we got pre-maturely kicked out of the first one; we made the best of it and I got to talk to Anna Jaruga (the cloud research scientist) as well as a Mozilla Development Network writer, both very interesting people.